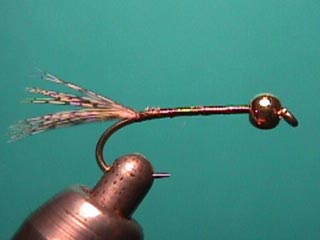 Step 1: Debarb the hook.
Step 2: Slide the gold bead onto the hook and cover the hook shank with a thread base.
Step 3: Secure the Partridge tail. It should be slightly longer than the hook gape is wide. I like to take one wrap under the tail to raise it. 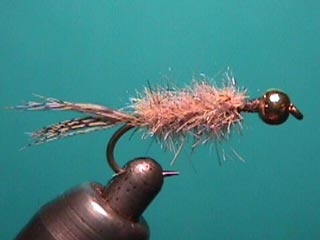 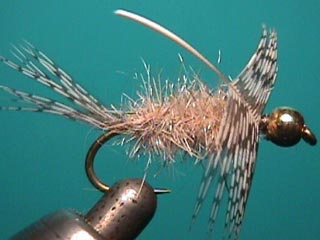 Step 5: Prepare the Hungarian Partridge feather as follows. Strip off all the fluff around the base, until you are into the pretty barbs. Hold the feather quill by the tip and gently stroke the barbs out to a right angle. Tie the feather in by the tip just in front of the body. Maintaining a comfortable amount of space in front for two turns of the hackle. Grasp the butt of the quill with the hackle plier, and while holding the feather straight up under gentle tension (don't break the quill). Stroke the bards rearward, "folding" the hackle in effect. Wrap the hackle, continuing to stroke the barbs rearward and make two complete turns. Lock down the quill, wrap back over the hackle a little to ensure it lays back over the body. 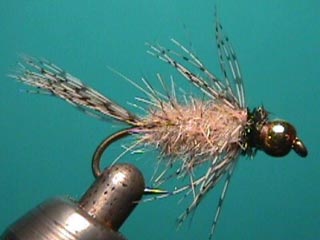 Step 6: Tie in three (3) Peacock Herls between the hackle and bead. Make a dubbing loop to make a peacock rope and wrap around the shank four or five turns. (I prefer to tie in the tips after cutting them even).
Step 7: Complete the fly with a whip finisher tool behind the bead. 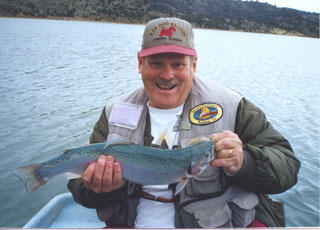